A creative, resourceful and motivated photographer and picture editor, with the necessary drive and determination to succeed in a demanding competitive industry. Aware of the power of a photograph and the need of a high quality visual approach when taking, sourcing and selecting pictures for publication. Able to work on own initiative whilst demonstrating good communication and organisational skills.

Press Photographer producing high quality images relevant in content and approach to the style of the paper.

Photographer within the group working on a whole spectrum of editorial assignments including breaking and community news, sport and features.

Photographic library management, supplying a portrait image service to the House of Commons/Lords, National Newspapers and other Media. 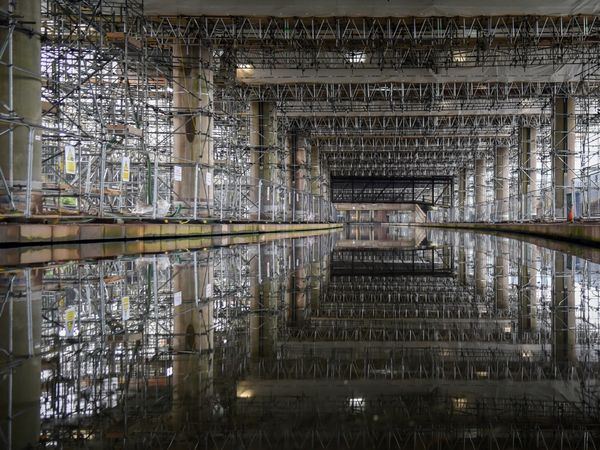 A photographic exploration of The Old Birmingham Main Line Canal known locally as ‘The Cut’.

The Birmingham Main Lane Canal celebrated a landmark anniversary in 2018. In the 250 years since the first ‘cut’ was made for James Brindley’s Birmingham Main Line Canal, which is at the heart of the British canal network, running from Birmingham through the Black Country to Wolverhampton and beyond.

To mark this anniversary Richard has created a photographic exploration of the network, encouraging the audience to visually discover an environment. Offering a glimpse into an industrial past and reflecting on what impact a modern urban society has on the waterway today.

The images depict a quietness and serenity, the only movement captured is the almost unnoticeable flow of the harnessed and restrained water, in contrast to its complex and chaotic urban surroundings.

The photographs witness and reflect a multifaceted landscape as does the canal itself. They capture a beauty that exists in the tension between nature and the man-made, rebirth and decay and purity and pollution.

These painterly and sometimes abstract images focus on the water itself. Its depth has an undercurrent of a troubled society, a sense of foreboding, signs of urban deterioration leading to a question of what lies beneath. Its reflections present a second view point of what is going on beyond the frame, highlighting symmetry and opening up the environment to nature and the sky. 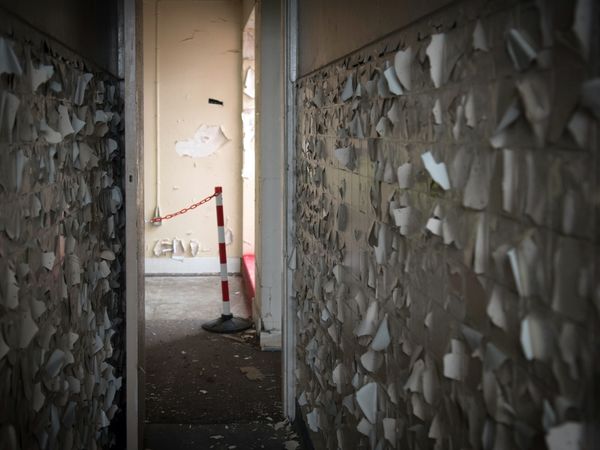 Ten minutes as a guest in the former Guest Hospital, Tipton Road, Dudley.

Four years ago Richard was invited by the developers to briefly explore the remaining original Guest Hospital building which housed the administration, catering and small treatment rooms. The series of images he produced provide a final glimpse of the scares from the building's history as a medical facility. Capturing a moment in time of dereliction and decay prior to the building's rebirth and conversion into luxury apartments, the next chapter in the building's history. 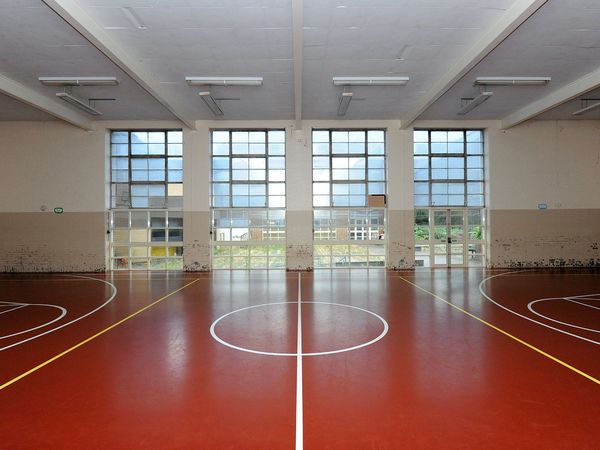 The photographic exploration of the secondary academy school in Sutton Coldfield prior to its imminent demolition in 2017.

The original Riland-Bedford building, named after the prominent local Riland and Bedford families, was constructed in 1939 on land where Holland House in Upper Holland Road once stood. The site was used and developed by American soldiers during the second world war and was temporarily named Holland Road Barracks.

In 1986 the school was renamed as Plantsbrook School after a stream that flows through Sutton Coldfield and passes the school.

The school relocated to a new building on the same site which opened in September 2017.

Wednesday 19 July 2017, marked the last official school day in the original school building before it was demolished over the following weeks.

Over this period Richard was grated access to photograph the site recording the memories and scares of the building before they were reduced to rubble. The resulting body of work is a haunting, nostalgic exploration of vacated classrooms, still gym halls and silent corridors. 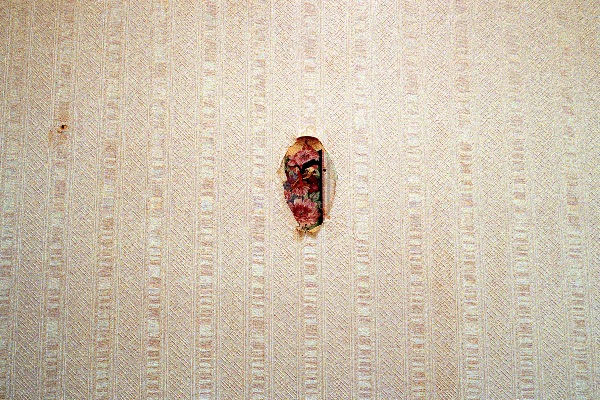 Once celebrated as the planners dream solution to the housing crisis
Castle Vale stood as Birminghams largest post-war housing estate.
The estate covered 1.5 square miles - it was once the site of the Castle
Bromwich aerodrome - of housing, this accomodated in excess
of 11,000 people in various dwellings, including 34 tower blocks.
The estate opened in 1969 as a popular, luxury savior from the Edwardian
slums. This saved the greenbelt land whilst solving problems caused by
an increasing population. However as time past Birmingham City Council’s
financial support failed and the estate developed a bad reputation
due to various social issues, these included crime, vandilism and depression.
In the mean time the residents scarred these vertical villages as they
personalised and interacted with their standard environments, in defiance of
inforced constraints. In 1994 the estate became independent of the city council.
A Housing Action Trust took up management and with £270 million they
created a twelve year plan to solve the estates problems, this involved
redeveloping and improving its economic, social, living and environmental
qualities. A major contribution to the plan was the demolition of the estates
tower blocks and their memories.
Next
Previous